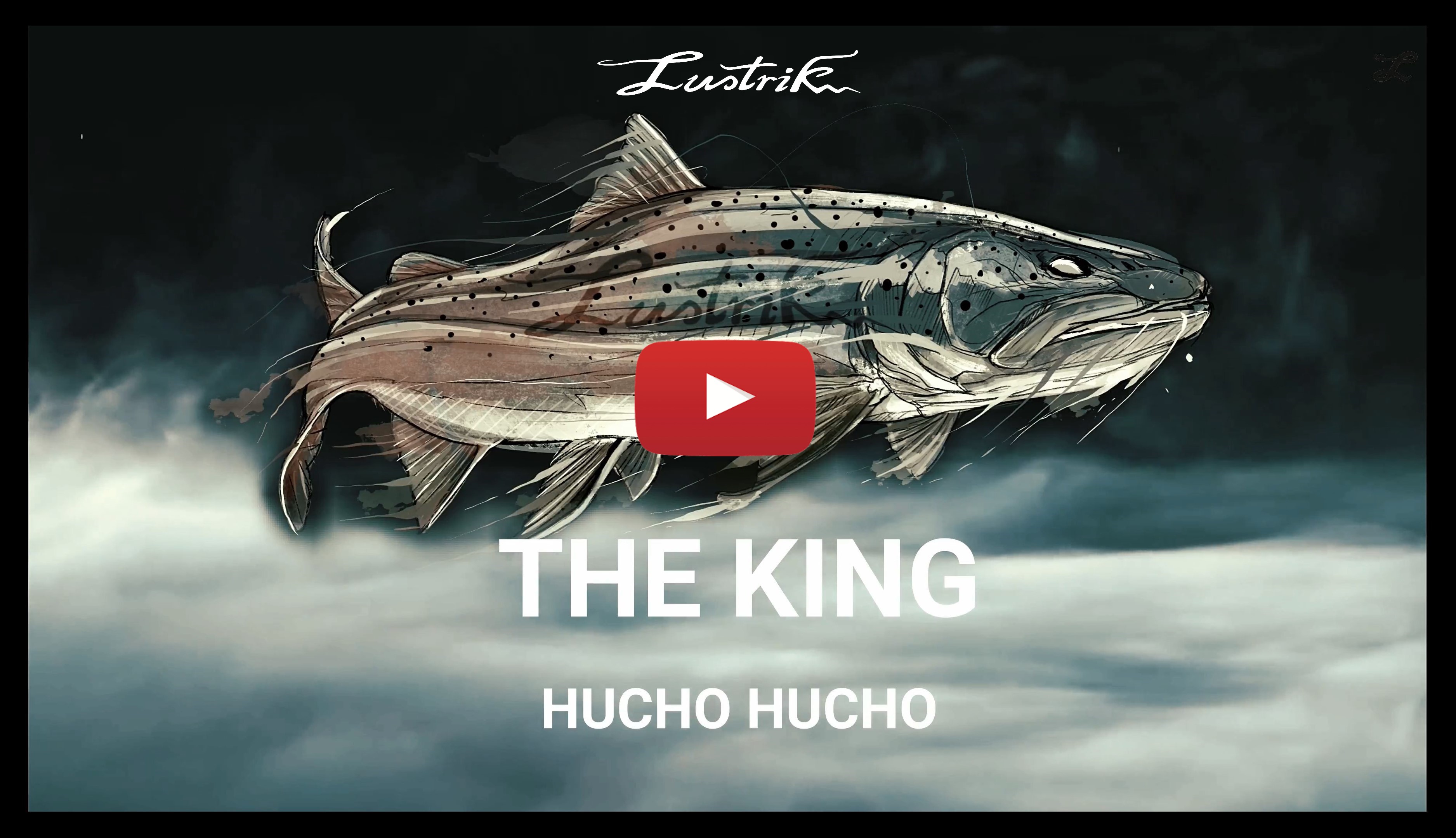 This is a landlocked salmon, found in Danube river and its tributaries. It is a close relative of the Mongolian taimen (Hucho Taimen). Fishing for it is generally permitted in winter time (November – February). The smaller fish feed on flies and other aquatic life, but with age their diet changes to be almost exclusively other fish, with the occasional small rodent.  On tributaries the odds on catching one on a fly (fish or scalpin imitation) are pretty good.

Fishing for Huchen, Danube salmon or even called Danube Taimen (Hucho Hucho) is reserved for winter time. It is a challenging fish to catch, but that makes it even more rewarding when happens.

Average size is 30-40 inches, biggest caught was over 60 inches, so rightly called the king of Eurasian rivers.  For Huchen, Danube taimen, Danube salmon it is allowed to spin or fly fish depending on your preferences. If you would like to experience the thrill feel free to contact us threw mail: lustrik@siol.net or phone: 0038631478654

Rok Lustrik Enthusiastic fly fisherman and fly tier from age of 12. Combined love of fishing with tourist guiding to create Lustrik fishing guiding services. He feel truly privileged to be born and live in Slovenia, a country that can offer so wide a variety of fishing options. His passion over the years became Huchen and Taimen fishing. Designer and patent owner of Huchen lures. Pioneer fly fisherman for Huchen in Slovenia and other parts of Europe.

Rok is involved with fishing pretty much all his life. He worked for Fisheries research institute of Slovenian for many years, making him one of more knowledgeable people when it comes to Slovenian flora and fauna.

Matjaž is a veterinarian technician, so care for animals is always priority. We could say he feels better in water then dry land. His father introduce him to fly fishing in early childhood. He is part of Slovenian fly fishing team attends compensations in Slovenia and internationally. In winter his biggest passion and challenge is fishing for Hucho.

Hucho, Huchen, Danube Salmon even called Danube Taimen is a cousin specie to Hucho Taimen that is indigenous specie in Asia. Found in Russia and Mongolia it is considered to be worlds biggest river resident salmonoid. European Hucho – Huchen – Danube salmon is present in the rivers that drain to the Black Sea. Main is Danube river. That is why sometimes it is also called Danube salmon despite having nothing to do with other sea going salmon species like Atlantic salmon, Pacific salmon, King salmon that migrate back to the rivers to spawn. There is a sub specie that does migrate to the sea it is called Hucho Perry (Ito) and can be found in Japan and Sakhalin island in Russia.
In Europe population due to damming and loss of habitat was decreasing. Only lately fishing organizations and research institutes successfully started to breathe them in captivity. Releasing 1 year fish back into the wild. In Slovenia program is extremely successful since most rivers are not damned and we didn’t lose habitat. Now populations in some Slovenian rivers are even too high and it is allowed to take fish under strict rules and bag limits. On most rivers seasonal bag limit is between 4 – 6 fish, when quote is full season ends. Most fisherman in Slovenia nowadays practice catch and release, so populations are increasing every year. Hucho/Huchen/Danube salmon are carnivorous already from early age, similar to Pike/Musky.
Since they spawn in the spring it is only allowed to fish in the late Autumn and Winter. On all rivers have to be two fisherman fishing together mostly for self-patrolling porpoise. On better rivers or parts of the rivers also club member or guide has to be present.
Hucho/Huchen/Danube salmon is generally present in the area where it is abundance of other fish species like nose carp, barbell, grayling, rainbow trout, chub. Those are its food source.
To fish for Hucho – Huchen – Danube salmon it is allowed to spin or flyfishing. In both cases fly or lure needs to be presented as close to the bottom as possible where they feed on other fish.
For spin fishing best time is morning and evening since lure makes vibration. For fly fishing it is better at daytime when Hucho use eye sight to catch its pray. We normally use 9 to 12 wt rods with heavy sinking lines 400 – 700 grain or 10+ ips sink tips. On smaller rivers, it is normal to get about 3 takes a day quite often resulting in 1 to 2 fish landed. On bigger rivers it is a lot more down to daily conditions and skills to cast, but reward is generally greater resulting is trophy specimen that can exceed 50 pounds and 50 inches.
Nowadays Hucho/Huchen/Danube salmon can be found in Slovenia, Austria, Germany, Slovakia, Croatia, Bosna and Hercegovina, Montenegro and Serbia. Spawning population highest in Slovenia also due to European nature protection law Nature 2000. More known Hucho, Huchen, Danube salmon rivers are: Sava, Sava Bohinjka, Sava Dolinka, Savinja, Poljanska Sora, Sora, Krka, Kolpa, Drina, Una, Sana, Sanica, Dunajec, Mur, Gail, Vrbas, Lim, Vah, Inn.